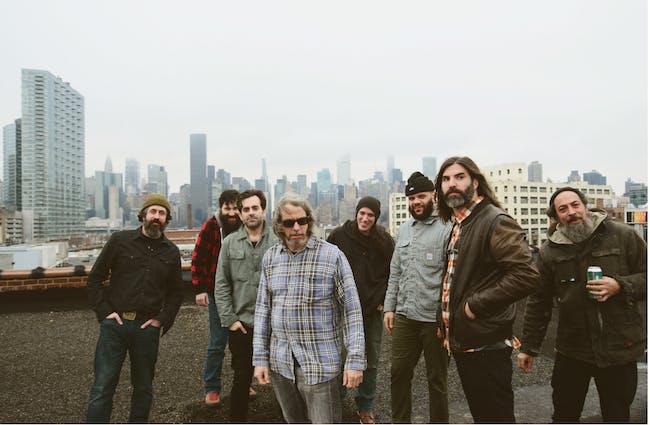 When drummer Brian Profilio was working on the linoleum cut that would eventually become the artwork for The Budos Band’s first new album in five years, he had a particular mood in mind. “I wanted it to just look super raw, like kind of a primitive feel to it,” he says. But the mountain that he settled on for the cover for Budos Band V, the follow-up to 2014’s Burnt Offering, is more than just a striking image; it’s a reminder of the challenges the band rose to and the peaks and valleys of its sonic journey.

Fans familiar with the band's thunderous instrumentals will hear touches of Burnt Offering's heavier rock influence throughout Budos Band V's 10 tracks, whether it's on the hard hitting, cinematic album opener "Old Engine Oil" or the trippy "Maelstrom," but as baritone sax player Jared Tankel notes, the classic Budos sound from their first three records is ever-present here as well.

"On Burnt Offering, we really were trying to push the envelope in terms of getting a much more raw and rock sort of sound," he says. "I think for this one we were able to refine that a little bit. We staked our ground in terms of making a rock record, and so with the fifth album, we knew how to do that and we were able to refine that and dial it back a little bit in some ways to make this album a really good combination of that rock sound of Burnt Offering but with the contours of Budos albums I through III as part of it."

Guitar player/producer Tom Brenneck says Budos Band V feels like the truest representation of the band. "It has that rock element of Burnt Offering but we have less of something to prove," he says. "We can just make the record that we want to make and without jamming down people's throats like 'we're not an Afrobeat band anymore,' you know? We didn't have to do any of that. The record has the rock and roll element, but it also has songs that could have found themselves on the first three Budos records, and that to me is what the band is."

Part of that harmonious blend stems from the collaboration between Brenneck and Daptone co-founder Gabe Roth, who produced the band's first three records, on the mixing of Budos Band V—a process that brought some solace after the recent tragedy endured by the Daptone family.

"First thing I did when I moved to California was mix Budos V with Gabe in Riverside," Brenneck says. "And it was amazing because I found comfort in working with Gabe again. Me and Gabe had suffered tremendous loss in the past two years. We all lost Charles Bradley, we all lost Sharon Jones, so when I went to California with this Budos record to mix with Gabe, to me it was a really good place to be psychologically as far as dealing with grief."

The new album caps off a transitional period for the Budos: Brenneck and Tankel both moved to California between Burnt Offering and Budos Band V, and becoming a bicoastal band forced the group to make some changes to their process now that their weekly Thursday night writing sessions were no longer feasible. With many of the group's members "pretty well into fatherhood," as Brenneck puts it, coordinating everyone's schedules became tricky.

"The first four records, we were all living in the same city, and we wrote all the songs before we recorded them,"Profilio says. "We'd road-test them, just play a couple shows with them and see how they were, maybe make some adjustments and some tweaks and then go into the studio and record them. So now we didn't have a platform to write songs or road-test the songs the way we used to."

Working with limited time together led to a new writing and recording process that Tankel says is "certainly more deliberate or more structured than it has been in the past," but ultimately, he says, Budos Band V is an affirmation of the band's staying power.

"I was the first person to move to the west coast, and so leaving New York was hard," he says. "The fact that the rest of the band was gonna be there and I wasn't was definitely difficult for me personally. I was worried, like 'What's gonna happen? How is this gonna affect things?' The fact that we made a record and figured out how to continue to exist is just awesome. It makes me happy that this album came together—just the fact that we conquered that is something that I'm really happy about. And I think it was special because whenever I would get on the plane, it was like I was returning home, and just getting back to the band and making a record was more exciting for me than it had been on previous albums that I may have taken more for granted."

Any fears about the band's future dissipated as soon as they all got together and picked up their instruments.

"We have 20 years of playing together under our skin, and there's no way to imitate or fake the sound of a group of musicians that are like-minded and playing the same music," Brenneck says.

Those two decades of playing together since their early days in Staten Island have resulted in five studio albums, a raucous live show that has taken them across four continents and an unbreakable musical kinship among its nine members. Their sound has evolved since their Afro-soul beginnings, but no matter how many new influences get mixed in over the years, they remain in sync.

"Once we start playing, it's like, 'boom!' Everything just kind of clicks in and it works," Profilio adds. "We're still doing it. We're still alive and kicking."

Fourteen years after their self-titled debut, Budos Band V is undeniable proof of that.

"Budos is back with a vengeance," Brenneck declares. "I think that if you don't want to either get in a car and drive fast or just pour yourself a strong drink and start having some fun, then you're not listening to it loud enough." 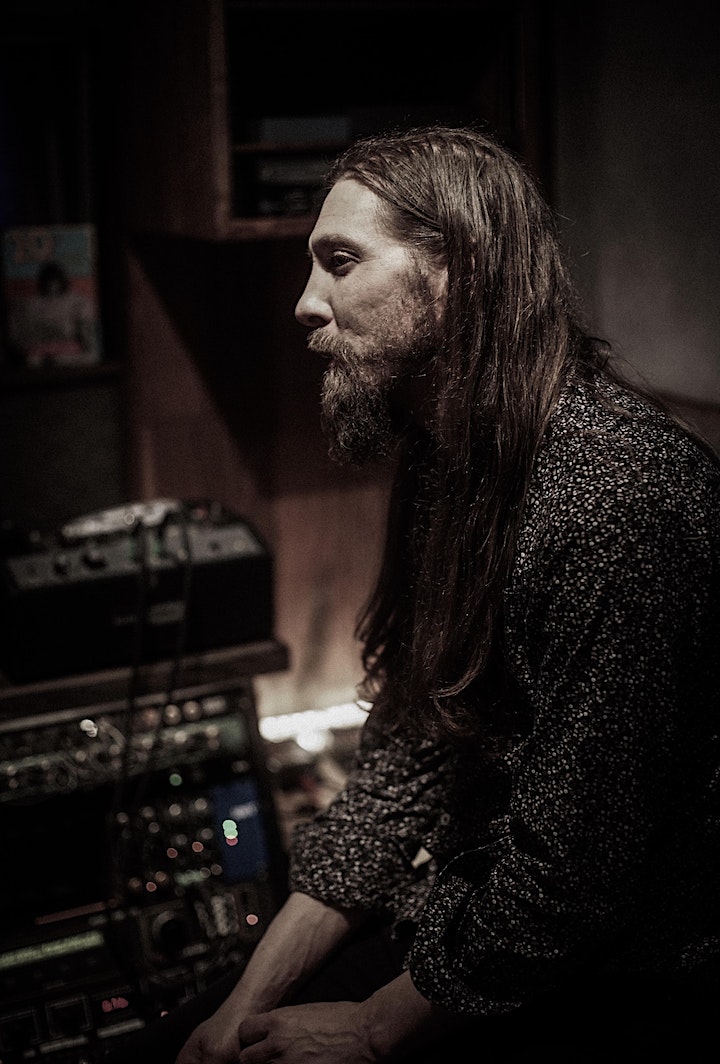 Paul Schalda is a poet, perhaps a bit of a tortured soul, a hopeless romantic, and a guy from Staten Island. That last bit might not make sense to people who aren’t from New York. Let’s say that it puts the blue in his collar and sticks his feet to the ground. Paul’s music seems to embody the unexpected overlap of The Band’s Americana, Ian MacKaye’s unhinged emotion, Otis Redding’s raw soul, and the doo-wop melodies his father, Bill Schalda Sr. (a member of Brooklyn vocal group, The Montereys) raised him on. His sophomore album is produced by long time collaborator and old friend Tommy Brenneck and Big Crown’s own Leon Michels. For the people who are already fans of Paul’s debut Our Love In Light, the growth and maturity will be impossible to miss.

So Long reads and feels like you snuck in his room and read his journal. Deeply personal and heartfelt, he takes on a variety of topics in the songs, the common thread being the vulnerability and passion he delivers them with. The opener “Although We Cry” is perhaps a perfect example what makes Paul’s music so unique. He finds a way to cut right to the bone, entirely emotional and simultaneously emotionless…“Although we cry, we are not meant to be”. The title track “Then We’ll Wave (So Long)” puts Paul amongst the great storytellers of song; tension, misdirection, and irony all play a part in taking one of the most sung about topics in life; love, and putting a brand new twist on it. Paul spent some years out on the road playing guitar in The Extraordinaires backing the late great Charles Bradley where they became close friends. During that time he penned a few songs for Charles, one of which he wound up recording himself. That song, “Beware” showcases another side of P&TTT’s range, a gritty, driving, warning tune where the band has a chance to get funky. One thing you hear in Schalda’s music, no matter which song, is that the road hasn’t been easy. His voice can be hauntingly harsh, yet hopeful and tender, raucous and gravelly one moment, smooth and intimate the next.